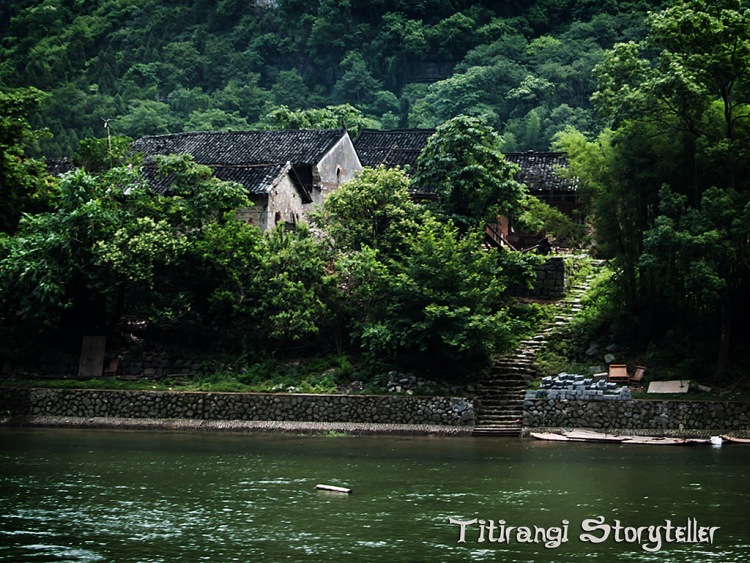 I’ve been using Lightroom to process my Raw files these days. Put off taking that on for a good long while – and like all things one should be doing, but isn’t, for watever reason – when you finally do it, you can’t quite remember why you resisted. I am very happy with how my images have been turning out lately. But… what about those old  images – the ones I saved the raw files from in the hope that ‘one day’ I would be able to make them look the way they should – if only I had known what I was doing behind the camera. This was washed out and dirty looking – the sort of holiday photos that make your eyes glaze over should someone pull them out and force you to look at them. I rather like it now.

And I would sure love to revisit China… This was taken on a day cruise on the Li River, ending up in Yangshuo. It was near the end of the month-long trip and we were very tired… it was nice to sit and watch the world go by… and what a world…