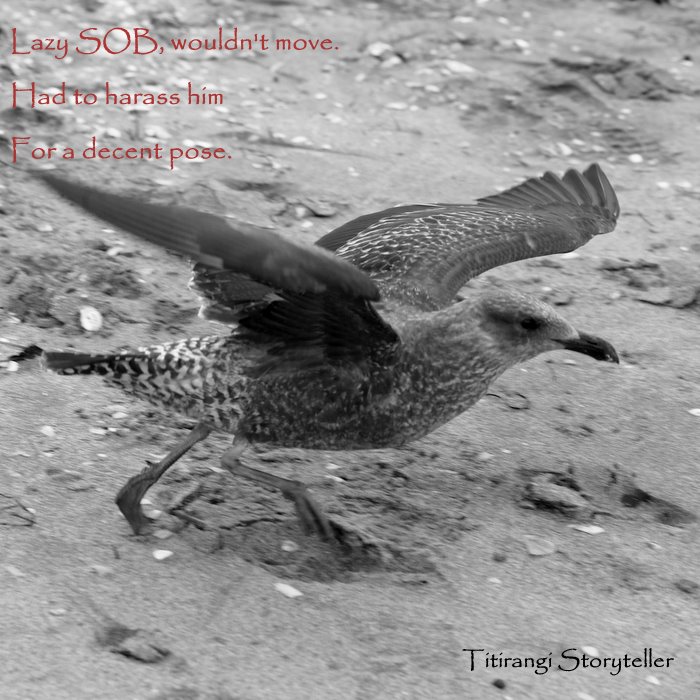 Nature’s  creatures just don’t fear me. At least, not if they’ve settled in for a rest. I hardly had to crop this image… this giant brown seagull had nearly a metre wing span (39″) I’d say – just huge, almost the size of an albatross, with none of the albatross’s charm or mystique. I rather like seagulls, just for being birds. And if, as a species, they are not charismatic, from time to time one will do something of interest to us.

This one was determined NOT to be that seagull. I was so close I could smell his breath and he wouldn’t move. I was just close enough to tap him in his lazy bum, when he decided to take off. Got him at a starting run here. Got a few more as he hit the air and began to fly. Completely missed the shot of him doubling back and circling over my head – and with the precision of a military smart-weapon, dumping a slimy lime green turd on my head!