“Life is a long turd and every day you have to take a bite.  But you can’t feel so sorry for yourself you piss on people – at least not the people who love you.”

A quote from Mifune, Danish director Søren Kragh-Jacobsen’s  1999 contribution to the Dogme 95 School – a rather good film actually, not fully appreciated for the number of levels in which it operated. This quote is uttered by a prostitute who’s been keeping her bratty younger brother in a posh boarding school – and he’s been wagging. She is beyond disbelief at his disregard for her sacrifice on his behalf. She’s been eating a lot of shit sandwiches.

Long after I’d more or less forgotten the film (and Dogme 95 – is it still in existence?) that line stuck with me. Certainly in this context it is true – but I realised it pretty much applied, if not to life in general, at least not my life in general, there are times, or have been times when it was absolutely true. 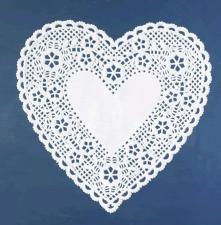 When you’re young and starting out, you need to convince people to give you jobs, mortgages, let your children into their school – and everyone you try to convince gives you a little or sometimes not so little shit sandwich to eat. At first, well, you refuse – and rightly so. A shit sandwich, regardless of the paper doily on the serving plate is still a shit sandwich. But if you want the job, or the house or that elusive status symbol – you hold your nose and take a bite. Usually one is enough – and you can say ‘thank you, that was lovely,’ sign the papers and move on. You get used to it after a while – you need so many things…

But then, somewhere along the way, you might discover you don’t really want something that bad – you’re just not in the mood for a shit sandwich. Usually by the end of your forties your done with them. Oh sure, someone will offer you one every so often, but you politely decline and if it should somehow end up in front of you – well, you’ll just send it back. You are done with that.

Then boom! One day, when you least expect it – there it is, sitting on your desk, waiting for you. A big shit sandwich. All the toppings. It sure looks like someone’s gone to a bit of effort to come up with this. But why? Hmmm…

You KNOW there’s no way in hell you’re gonna eat that thing. Nope, ain’t gonna happen. You’ve got to send it back – that’s all there is to it.

Except… you don’t really know where it came from. Or why. Or…

You’re not going to eat it.

But where do you send it back to?

(Remembering not to go and piss on the people who love you in the meantime.)

2 thoughts on “The Turd Sandwich”