I was last in Queen Elizabeth Square last summer, around Christmastime. It was buzzing and beautiful, with giant ornaments, reminiscent of Jeff Koons installations, placed here and there. Near the waterfront with the ferry docks and cargo ships nearby, a real hub of activity a spot in Auckland a visitor shouldn’t miss.

My newly formed photography club went on our first outing today – what I’ve dubbed a ‘speed field trip.’ Leave your desk at one, dash down to QEII Square and photograph whatever you can see from the square – and back at your desk at two. It’s about a 10-15 minute walk from my office, walking at a decent clip. We arrived, and the charming square from 6-7 months ago, was now chokka with construction – everything was in chaos. But a brief is a brief is a brief… so we started photographing.

Of course as soon as the pigeons saw the camera, they were all over me – and I had a parade of poseurs. Seriously –

They were trying to outdo each other, fluffing their colours, cocking and strutting – when along came a white babe with all the right stuff. And she was making moves, showing off all her angles, moves and generally kicking up quite a fuss. I could tell the others were not impressed with her antics – but actually when it came down to it – they were all streetwalkers, looking to see what they could scrounge up.

The square is not that large, yet right next to t 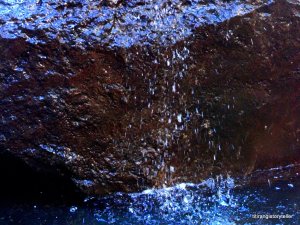 he contruction is a water feature – it’s sort of lost its sparkle amidst the barriers and metal fencing, so I rather like this view. It’s decorated with some lovely Maori carvings, but they are best viewed some other time.

I found the bicycle rack rather charming – at least, I think it is a bicycle rack. I think the woman approaching is also uncertain.

The best place to look was up. Looking up, it’s so easy to be clever.

My favourites though is this reflection off a glass building. Maybe a little cheesy, but I love it when the clouds come to the party.

And then of course, the mandatory shot of the waterfront. I am especially fond of these red gates. The port is right in the middle of downtown, part of the heart of the city, which is one of the things I love about Auckland. 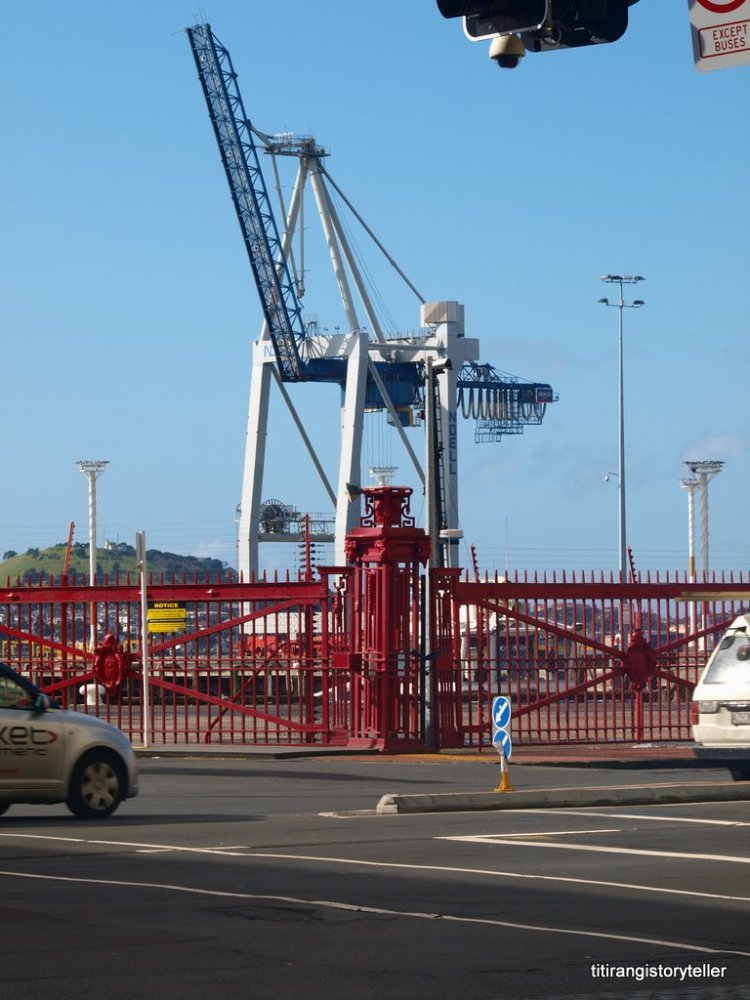 So Queen Elizabeth Square didn’t really blow me away in the dead of winter. Still, I’m sure when I come back in a few months, it won’t be the same.