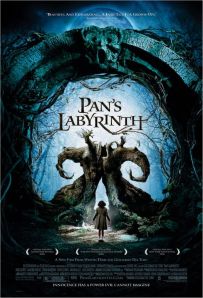 It’s 1944, five years after the end of  Spanish Civil. The close of WWII in Europe is at hand.

Ten year old Ofelia (Ivana Baquero) and her heavily pregnant mother Carmen (Ariadna Gil) travel to a remote fascist outpost in the Spanish forest, where they will join her new husband, Capitán Vidal (Sergi López). A ruthless man, he is charged with dispensing the last of the rebels. Despite the risks to her health, he has insisted she give birth to his son where he is.

Capitán despises stepdaughter Ofelia, not least for her love of fairy tales. But deep in the woods, Ofelia has met a wondrous faun, who has given her three tasks to complete to prove her character. If she passes, she will be returned as a princess to her true home deep in the earth. Can she do it? Or will Capitán and the horrors of the real world devour her first?

This is one of those rare movies that pulls you into its heart so you share the suffering of each the characters. It is savagely brutal in the way classic fairy tales usually are, though this is balanced by the beauty of the otherworld.  (Note – this flick is much too violent for young viewers to handle! Don’t be misled by the little girl on the cover.) 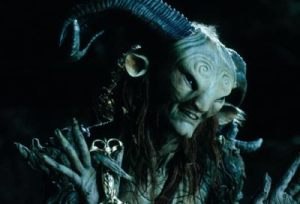 Guillermo Del Toro is a master of fantasy. In Blade II (2002) and Hellboy (2004) he brought comic book characters to life. Here he draws on his passionate love of classic fairy tales to create his own fantasy world, so delicately crafted the CGI special effects blend seamlessly and you are simply dazzled by all that unfolds. 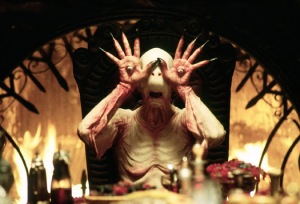 The two-disc set is loaded with special features, including making of featurettes on set and costume design, cast and crew interviews, commentaries, storyboards and more. One of my favourite movies of all time.