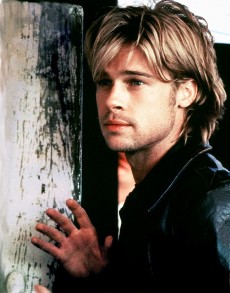 Brad Pitt is still #1, which means I really ought to write an authoritative piece on him. A girl could be tasked with much worse. The angle – brilliant artist and devoted father. Will have to leave out the whole Jennifer/Angelina thing – ick.

Staten Island is incredibly popular. Who could have known. I’m still planning my piece (translation: haven’t gotten around to it yet) on my trip to New York. The day on Staten Island was one of the very best! I could do a whole piece on that!

Hotel lobbies are a recurring search theme. They are one of those invisible subjects that really are fascinating – but you’re always busy checking in or out and rarely have the time to truly explore the amenities of a quality hotel lobby. Note to self – on next set of travels – photograph the hotel lobbies.

I am endlessly encouraged by the number of film lovers who are still reading about Everything is Illuminated.  One of my Top Five Films for life. For the curious, they are as follows:

#5 changes from time to time. I think it may be time to seriously reconsider #2 and #3, they’re still great, but it just might be time to have a rethink.

Now I do see that Monster Sex Sins has stayed up there – but I’ve got to say, I’ve grown rather fond of the monster.  You could say he’s grown on me… And let’s face it – if his personal life is a bit quirky, that’s really none of my business. It’s occurred me that even the most sexually active people and monsters only spend a few hours a days actually engaging in sexual activity (unless of course they are in their late teens to early twenties, when more is at least possible). The rest of the time they’re just ‘us.’